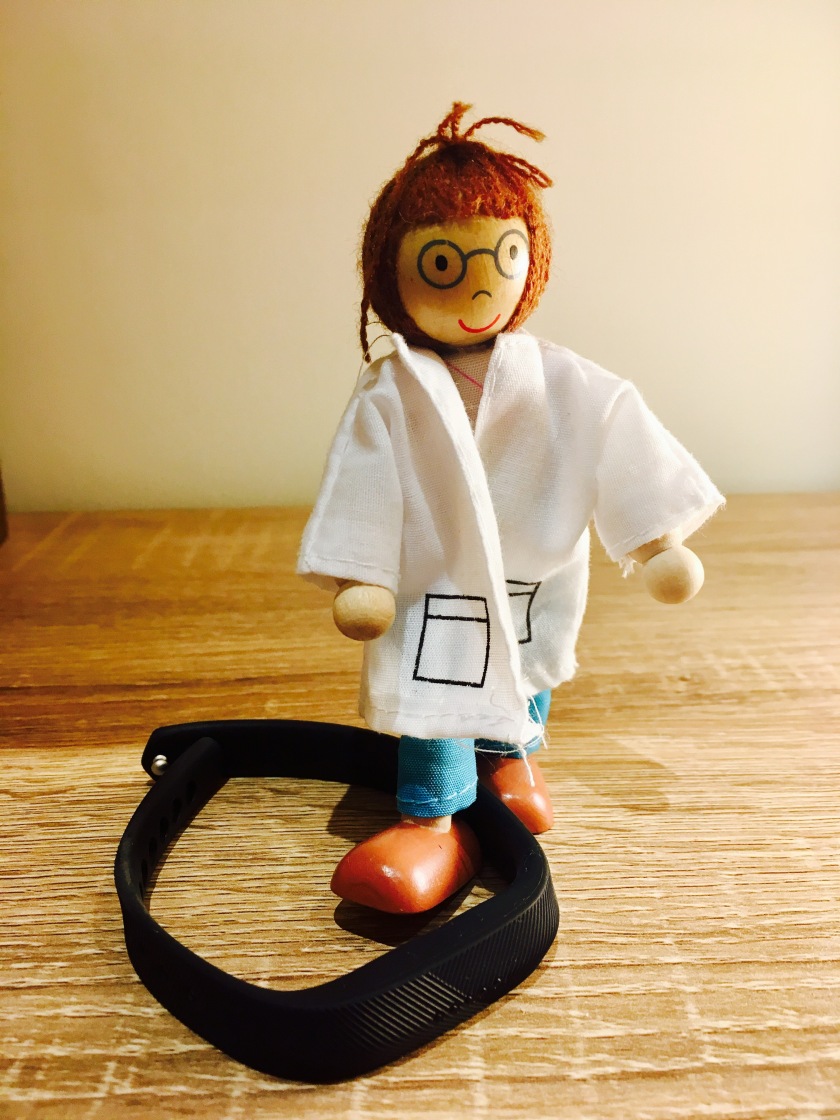 Unfortunately Phil picked up on my very subtle hints regarding my desire for a Fitbit and as such I was the lucky recipient of one on my birthday. Alas, Phil had forgotten how target driven I can be. And had not considered how irritating that would be for him.

For those unfamiliar with a Fitbit it is like a watch which records your activity. You can then check on your phone how active you have been and see if you are meeting the suggested targets, like 30 mins of exercise 5 times a week, 250 steps an hour and 10 000 a day. When you hit such targets the Fitbit will flash and vibrate on your wrist and you feel an enormous sense of well being and pride.

So, in order to hit my 250 steps an hour I frequently jump up at 10 mins to the hour to pace on the spot or run a lap of the kitchen (I should point out the kitchen is not large it adds about 17 steps, max, and subsequently I get quite dizzy trying), I have been known to cycle rather than drive and there have been occasional evening constitutionals to get my step count up. So it appears to encourage some healthy changes. There have however been a few moments when I have questioned such a device…

1. Marching on the spot in the lounge while eating a packet of crisps.

2. Deciding to take a smaller portion of chocolates from the naughty cupboard, thinking that at least I will get some extra steps in when I return for my second helping.

3. The Girl having a tantrum on the walk home because I was walking too fast and I genuinely wanted to make her understand that I had targets to hit otherwise the tiny computer on my wrist won’t flash and vibrate to reward my success.

4. Realising that it had taken me over 2000 steps to put the kids to bed. This was confirmation of a tough evening and legitimised a large glass of wine.

5. Realising that when my alarm went off at 6am I had already managed 267 steps since midnight simply by attending to my snotty little darlings.

1 hour and 10mins. Why? Why would I need to know this? I know I haven’t had a proper lie in for 4 and half years. I know I get woken up every morning by a not-so-small-anymore child, (who has seemingly spent the night sharpening her elbows and knees) clambering over me to get in to my bed. I know that any time after 5 am is fair game for The Boy to start hollering for his morning milk and stand in his cot shouting at me until I deliver him his cup of milk, and good god if I don’t get there quick enough I know he is going to throw his little self around that cot in a hungry rage. I know that even when the day starts with an S, I still get up and have a full of day of “work” ahead of me. I know that there is no option of rolling over and going back to sleep. I know that I am permanently sleep deprived. I know how much I would love to sleep for an extra 10 mins, never mind 70 mins!

So why, oh why, does my phone need to tell me how crappy my sleep is and how everybody else does it better? Damn you stupid Fitbit. You can take your statistics and shove them where the sun don’t shine. I’m done. I’m out.